EXCLUSIV  The Churches of Victory Avenue 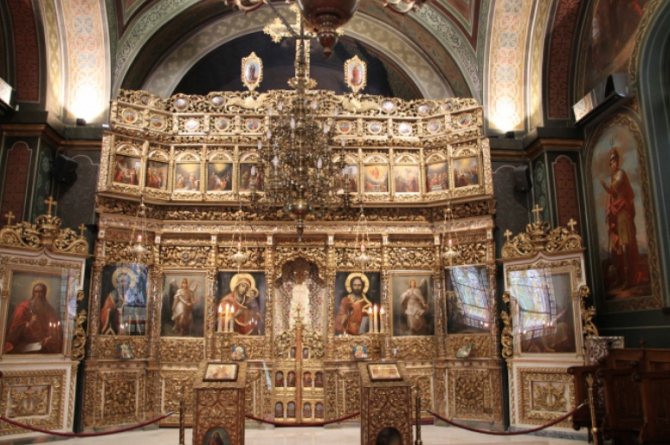 One spring I saw the flowers in the courtyard of the “Tabacu” Church and I remained there, with a lost look, for some good minutes. It felt like a piece of heaven had been cut off and placed in front of the convent. Then, on a Saturday, I ran across a baptism at the White Church. The image was wonderful and, through the glass eyes, sunbeams fell into the baptismal font.

At the Krețulescu church, I once arrived right in time for the Holy Unction, and the experience I had then soothed my heart. Every time I go down on Calea Victoriei, across the Old Center, the Zlătari Church catches my eye because of the young people descending from the inside like an extension of a prayer, from the altar down the stairs and into the street. Their image seems to urge passers-by to join them in prayer. But come and join me! Let's discover them together, coming from Victoriei Square and going toward the United Nations Square.

The first one that comes our way is the Church of St. Basil the Great “Victoriei”, on the left side, between Gina Patrichi and General Gheorghe Manu streets, near the Cantacuzino Palace, where we also find the George Enescu National Museum. In its initial form it was probably built out of wood, at the end of the 18th century or the beginning of the 19th century, in an area of ponds and forests, in the slum which would also bear the name of St. Basil from Podul Mogosoaiei (Mogosoaia Wood-Paved Road.) In 1815 it was dedicated to the Mărcuța Monastery. It was destroyed by the earthquake of 1838 and subsequently restored. 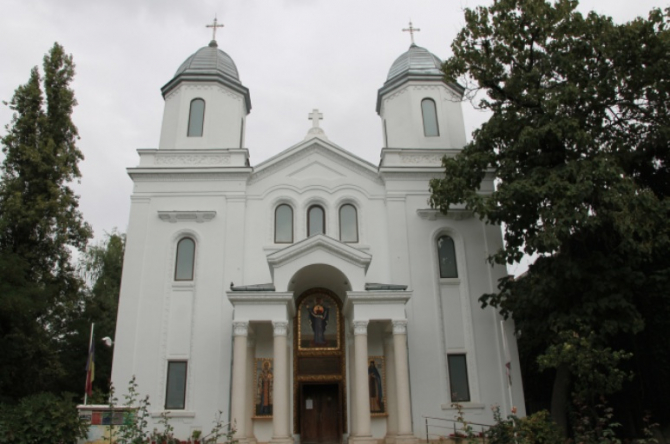 The interior was painted in 1882 by painter Anton Serafim. It was done in a neoclassical style, with western influences, replacing the traditional Byzantine style fresco, and reminding of Gheorghe Tătărescu style. Next is the Church of St. Nicholas - "Tabacu" - "Popa Cosma" which was restored in 1710 by Dima Tabacu and priest Cozma. The legend says that "the name does not come from the tanners’guild (“tabacar”), but from a Transylvanian shepherd named Nicolae who was passing these lands with his flocks of sheep and who had to cut them because of a plague. With the money made from selling the tanned leathers he built the first wooden church (18th century.) The shepherd, along with his two sons, Nicolae and Cozma, were ordained. The old name of the slum comes from priest Cozma."After the earthquake of 1940 the large church steeple collapsed and it was never rebuilt.

Also on the left side, same as the first two churches, we find The White Church, located in the old slum of Priest Dârvaș. Writer and literary critic, George Călinescu, wrote that "The White Church is not beautiful but it is surprising with its immaculate rural church white, in the heart of a big city."

The church dates from the end of the 17th century. The name of "White Church" dates from after year 1800. It is certain, however, that the church existed in 1700-1702, as on an old wooden icon of St. Nicholas dating from those times we find "Painter Simeon 7210" signed on it. In 1802 the church had its cells around it but these were torn down between 1866 and 1900, when the alignment of the Victory Avenue was done. Originally painted by Tătărescu, the paintings were cleaned and redone in the years of 1925, 1927 and 1949. 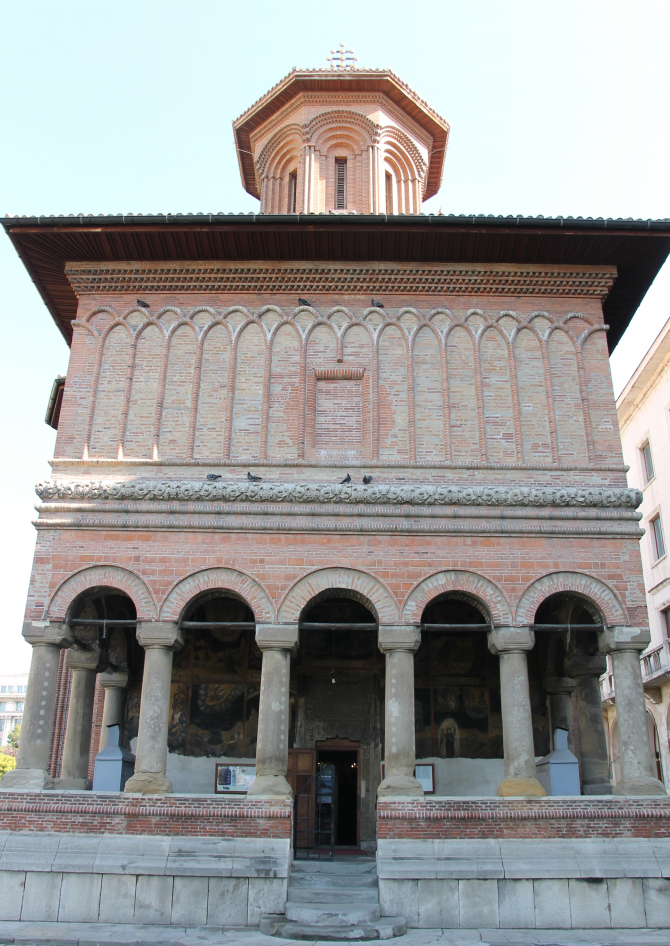 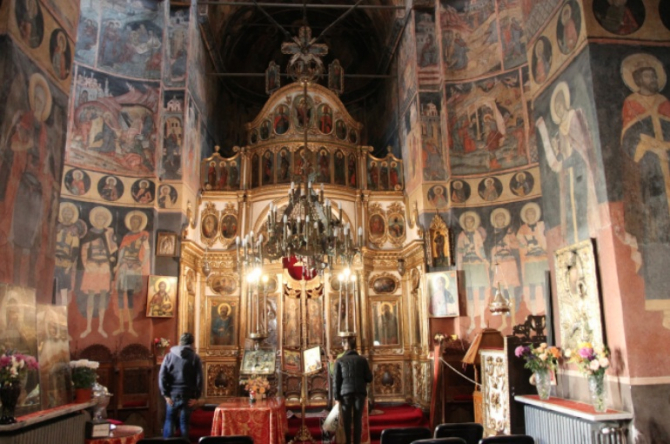 The only church on Calea Victoriei which is found on the right side, the Church of St. Nicholas “Krețulescu’, is located in the area of the Revolution Square. The Boteanu Church is also there, behind the Central University Library Carol I, and this is the closest church to the place where Nicolae Ceaușescu gave his last speech on December 21, 1989. The first moments of the revolution in Bucharest happened around this church, in 1989. It was built between 1720-1722 by Iordache Krețulescu and his wife Safta Brâncoveanu in the place of an older church “on a royal place, offered to them by Nicolae Mavrocordat (...) it was endowed and surrounded by houses, pavilions and a clock tower, which formed the Kretzulescu Inn, one of the 10 inns of Bucharest in 1852. These buildings were demolished in 1939, to widen the space around the Royal Palace, adjoining to the north.”

The oil painting remade by Tătărescu in 1859 was removed, except for the portraits of the founders, as we find out in the atlas-guide mentioned above, dedicated to the places of worship in Bucharest. Architect Henriette Delavrancea-Gibory also contributed to its rescue.

“The church had an inn. Before this church was built, there was another church which the people of Bucharest referred to as belonging to the Cretulescu Boyars, the one from the Sapunarilor Slum or of the Old Chairs.”

According to the same documentary source, the Krețulescu Church is considered to be one of the most valuable architectural monuments remaining in Bucharest from the period between the two eras of glory  of the old Romanian architecture (“muntenesc” style): the Brancovian era and that of the first Phanariotic rulers.

Located near the intersection of Victory Avenue with Elisabeta Boulevard, the Vovidenia Church of the "Lady" became a historical monument, same as the Krețulescu church, by Royal Decree given in 1915. It bears the dedication: Entrance in the Church of Mother of God “Vovidenia Bogorodiţa” and Saint Elefterie. In the guide-atlas “The History and Architecture of the Places of Worship in Bucharest”, an important documentary source for each of the presented churches, a reference is made to the work “Podul Mogoșoaiei” by Gh. Crutzescu, who describes it as one of the most beautiful churches in Bucharest. “Like a ghost of the past it lurks behind the shops ... a church blackened by centuries.” First, the church was built out of wood. Later, but before 1677, it was founded by Maria Doamna, Serban Cantacuzino’s second wife. The original fresco was made in a harmony of red, black and gold by painter Constantinos, who also worked at Cozia. It was restored in the 70’s. 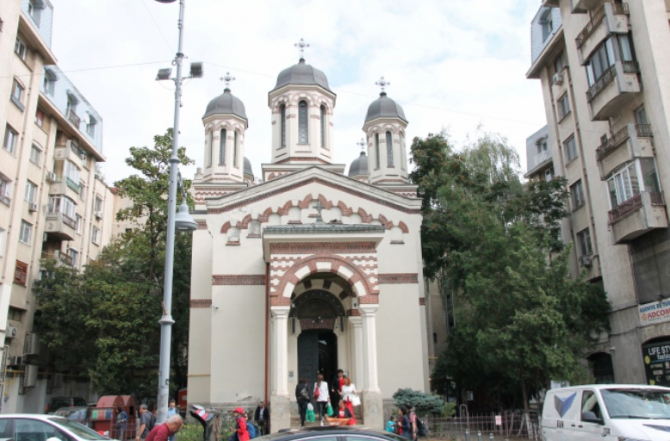 We finally reach the Zlătari Church located between Stavropoleos and Lipscani streets. It is in the vicinity of the National History Museum of Romania (the former Postal Services Palace) and the CEC Palace, in an area laden with history and highly visited by tourists. The church is devoted to the Birth of the Mother of God and to Holy Martyrs Ciprian and Iustina. It was built in the middle of the 17th century, most probably of wood. The legend says: “during the reign of Matei Basarab, by some” (DEX - Romanian Dictionary: nomadic Gypsy craftsmen, dealing with gold processing.) After the earthquakes of 1802 and 1838 – “this holy and divine church being in great ruin and cracking, works started to build it again from the foundation, in 1850.”  It was dedicated to the Patriarchate of Alexandria, together with the inn Zlătari that surrounded the church in 1709, on the occasion of Patriarch Gherasim Palada’s visit at the court of  ruler Constantin Brâncoveanu.

“The inn served as a shelter for the patriarchs of Alexandria passing through Bucharest. During the Russian-Turkish war of 1787 it becomes a kind of military arsenal (...) later it was an important trading center in Bucharest, in the vicinity of other large monastery inns such as: Serban Voda, Constantin Voda and St. John the Great. We find here renowned bankers, heirs of the old silversmiths.” (The history and Architecture of Places of Worship in Bucharest - volume II.)

This is, in short, the story of the six churches on Calea Victoriei. A good thought travels through each altar and their bells vibrate from time to time in the hearts of those who cross or have crossed their threshold. 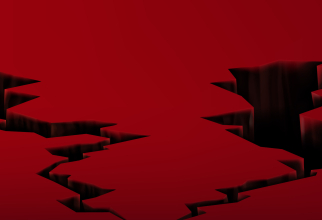 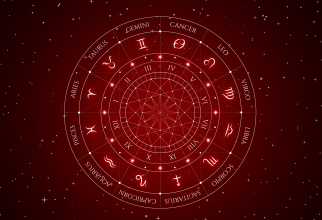 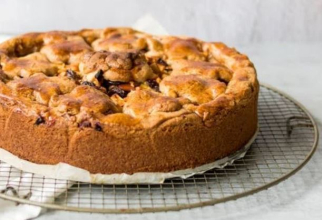 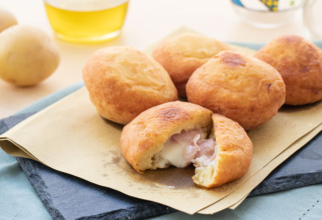 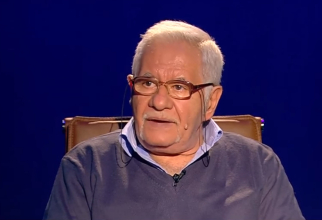 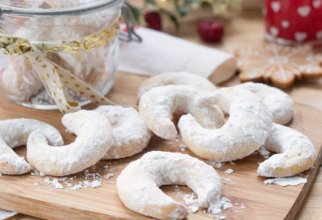 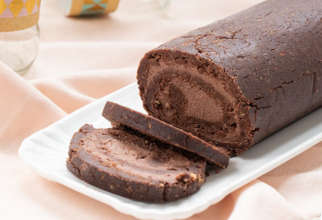 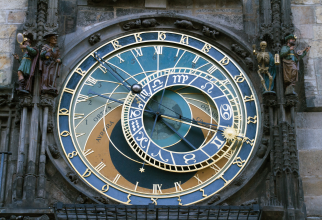 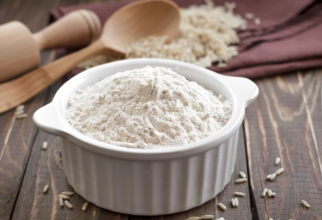 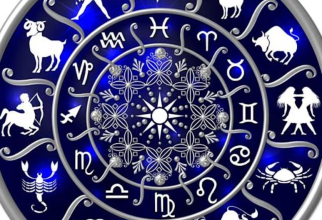